H is for Horror 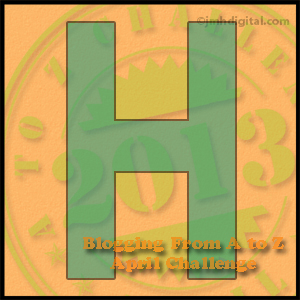 So I wrote a little book about a zombie. I love horror stories. My favorite author is Stephen King. But am I horror writer?


I never thought so, but recent reviews of my book have given me pause. Could I be a horror writer and not know it? I know my stories always seem to take a turn toward the dark side. Death always figures as a central theme or figure, even in my ‘romance’ stories.


I don’t think of myself as a straight-up horror writer, but according to the all-knowing Wikipedia, horror fiction is…


intended to, or has the capacity to frighten its readers, scare or startle viewers/readers by inducing feelings of horror and terror. It creates an eerie and frightening atmosphere. Horror can be either supernatural or non-supernatural. Often the central menace of a work of Horror fiction can be interpreted as a metaphor for the larger fears of a society.


This definition does encapsulate just about everything I write.


Except I don’t really try to gross people out or scare them. I don’t think. In any case, my newest piece of fiction is a Gothic novel that leaves my heroine plumbing some pretty dark depths of the human mind and soul. And according to Wikipedia,


So, holy crap, I might be a horror writer after all….. 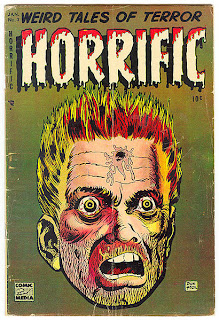 I’ve realized during letters A through G of the A to Z Challenge that I’m a very green writer still defining herself. Thinking about the letter H has led me to this possible realization that I’m a horror novelist. I wonder how that would change my approach to writing? Hmmmmm.


I also wonder where the next letter will take me?
Posted by Kristi Jones at 7:37 PM