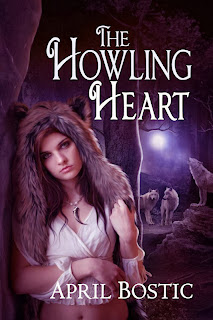 When Paige Donovan returns to her childhood vacation home in Black River, Colorado she soon learns that the town is inhabited by Valulv’s – werewolves. These werewolves can take human form at will and one of them, a sexy young he-wolf named Riley, falls in love with Paige. Riley wants to claim Paige as his mate. Paige, being a modern girl, has understandable concerns about signing on with a pack of wolves living in the country.

This book was an easy read. I liked the two main characters, Riley and Paige. The author has done a good job of world building here and introduces some fresh and interesting twists to the werewolf trope. Bostic’s patriarchal wolf society creates some interesting tension between old world ideas and modern sensibilities. There are some great secondary characters in The Howling Heart, dealing with their own struggles of living within a rigid society.

Overall, The Howling Heart was a fun read. It’s definitely for mature audiences only and I think that is where the book fell a little flat for me. Bostic has a great story here, a likeable main character in Paige, some interesting secondary characters who bring a richness to the story, and a lovable hero. There is plenty of tension between Riley and Paige. I think I would have preferred following that tension through to the end, and letting my imagination do the rest.  I’m not one to shy away from a sexy story, but in this case, I don’t think it adds to the story. The author did such a great job with the build up that, for me, it was much more interesting than the explicit act. However, and this is a big however, if you’re looking for something steamy that also has a great plot, this is the book for you!