What to Write Next? 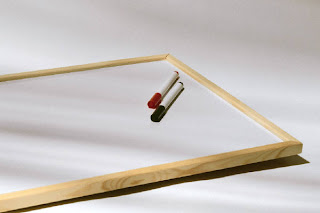 So, the champagne bottles are empty, the kids are sweeping up the confetti and Release Day is a happy memory. Now it's time to get back to writing....but what to write next?


People are always asking me where I get my ideas, but getting ideas is never a problem. I'm inundated with ideas.


Just this morning I was killing a wasp in my bathroom. I grab the Raid, spray it and watch the poor thing struggle to climb my blinds, then fall hopelessly into a corner spider-web. And seriously, here comes an idea!

What if...
I thought about the spider ingesting that roach with the Raid all over it and the poor spider dying. Or what if the spider ingested a chemical that altered its DNA? No, I'm not talking Spiderman here. But the wheels were turning and the what-ifs were churning. I had a few moments of fascinated wonder and characters started popping into my head. Unfortunately I didn't take the time to write it down and now it's just Spiderman on Raid. But sometimes an idea sticks. Sometimes I write it down and a novel is born.


When I tell people about things like this, they gasp and are appalled that I don't write down all my good ideas. Believe me, I've tried! I carry a voice recorder around in my purse for just this purpose. But family members tend to get annoyed when you record every funny or interesting thing they say.  My family has put up with me gazing off into space and writing down ideas during dinners, family fun night, vacations and yes, even the school play. So these days, I only write down the ones that drag me down into what I call my writing coma. That place where the real world fades away and my fictional world comes to life.


So, now that my debut novel has hit the virtual bookshelf, which project do I tackle next?


Here’s what I have in the works:


Ultimately I know that the story that's calling to me with the biggest set of pipes will get my attention. The story whose characters are clamoring for action, who want to move, walk and talk, kill, love and make love.


Wallflowers will have to wait.
Posted by Kristi Jones at 10:12 AM